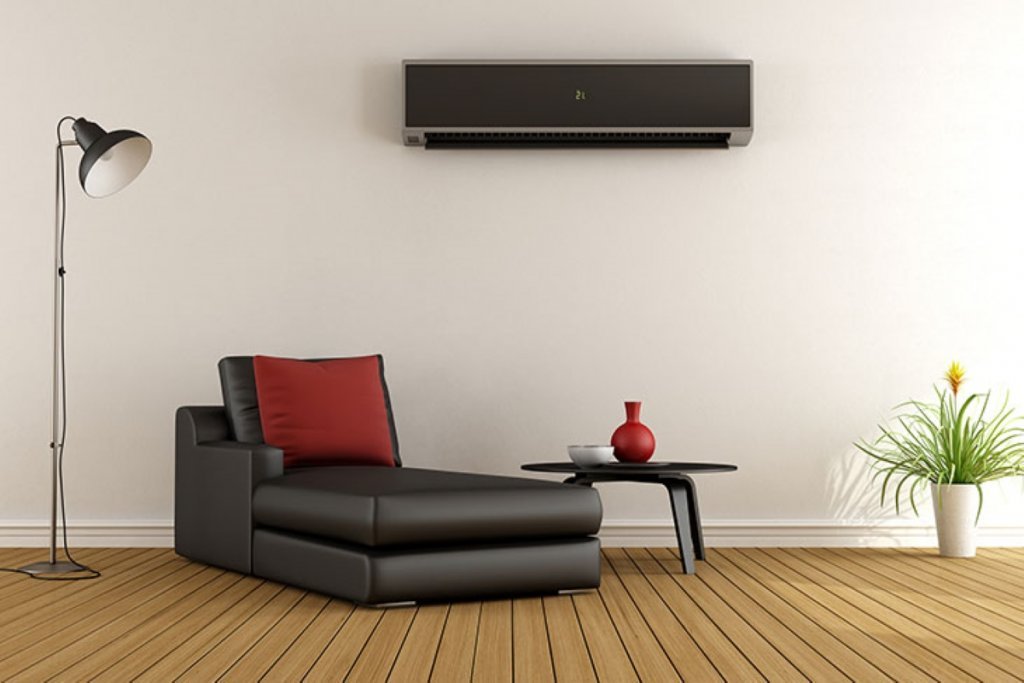 Air-to-air heat pumps transfer heat from the outside air to air inside your home, increasing the temperature of the air in each room. This warm air enters your home through a series of fan coil units, or ‘blowers’.

Air-to-air heat pumps are sometimes referred to as air conditioning. While many people think of air conditioning as a way of cooling buildings, it can also be used for heating.

An air-to-air heat pump does not heat water delivered to the taps, so you will need to consider an alternative way of heating water for showering and bathing.

Is an air-to-air heat pump right for me?

Elsewhere in Europe air-to-air systems are more common, partly because they can be used for cooling as well as heating, which is especially useful in warmer climates.

There are a few things to consider when deciding whether an air-to-air heat pump is right for you.

You’ll need an area outside your home for a unit to be fitted to a wall or placed on the ground near the house. It will need plenty of space around it to get a good flow of air.

Most homes in the UK use radiators or underfloor heating to distribute heat to each room. These are commonly referred to as ‘wet’ heating systems.  One advantage of air-to-air heat pumps is that they do not require a wet central heating system to warm the home.

An air-to-air heat pump uses either fan coil units (‘blowers’) or air ducting pipes to deliver warm air. Blowers are usually mounted high on the wall, which can be helpful where wall space is limited. Ducting systems are more likely to be used in new build properties as the ducts are typically mounted inside the ceiling voids to make them less intrusive.

As there is no need for a wet central heating system, air-to-air systems using blowers can be very quick and cheap to install. Multi-head installations need to have pipes travelling from the outside heat capture unit to each blower – just as boilers need pipes running to a radiator in each room. Typically, these pipes would run in a slim plastic channel around the upper edges of the room to keep them as unobtrusive as possible.

Air-to-air heat pumps don’t heat hot water so you will need another way of heating water for showering, bathing and the hot taps. There are several options, and what’s best for you will depend on the amount of hot water your household needs, as well as any space or budget considerations.

You could consider a hot water cylinder fitted with an electric immersion heater, or you might consider using electric showers and ‘point of use’ water heaters. Point of use heaters could use either gas, LPG or electricity to heat the water. Gas-fired heaters will need a flue, whereas electrically heated units can simply be mounted underneath the sink out of sight.

Running costs will depend on how your heat pump is designed and how it’s operated. Savings on your energy bill will also be affected by the system you are replacing.

There is currently very little independent data on how air-to-air systems perform in the UK, so it’s difficult to predict how much money you would save by fitting one. However, we can give some general guidance on what to expect.

Saving money on fuel bills isn’t everyone’s primary motivation for installing a new heating system, but you need to be sure you can afford to run the system once installed. You should ask your installer for an indication of running costs based on their design of the system for your home.

The pipes running to the blowers are all connected to the outside unit. For this reason, blowers are often installed on the inside of an exterior wall near the outside unit, to reduce the length of pipes required internally. Where multi-head systems are planned, the installer would normally aim to minimise the lengths of pipes being run to each blower location, so ask anyone surveying your house about the possible pipe routes so you understand before they start work.

Ducted systems are typically used in very energy efficient houses such as ‘Passivhauses’. Some types of ducted systems are referred to as exhaust air heat pumps (EAHPs), though EAHPs can also supply hot water. Air is not able to carry large amounts of heat in the same way that a wet central heating system can, so ducted systems may not be suitable for older or larger houses with a high heating requirement.

The ducts used by installers are designed to allow large volumes of air to be moved around the house through pipes that are slim enough to be hidden inside the ceiling voids. All that is visible inside each room is two grills mounted in the ceiling, one for flow in and one for flow out of the room. The air is warmed in an air handling unit, which is roughly the size of a boiler and would normally be installed in a loft or utility room.

For all enquiries for Air to Air Heat Pumps or any kind of Domestic Air Conditioning Systems or HVAC in Gloucestershire, Worcestershire, Herefordshire or Monmouthshire, call RSSAC on  01432 378060 or visit: https://rssac.co.uk/

Air-to-air heat pumps transfer heat from the outside air to air inside your home, increasing…

Air-to-air heat pumps transfer heat from the outside air to air inside your home, increasing…

Instagram has returned invalid data.
Branding Air to Air Heat Pumps Hereford, Worcester and Gloucester
Logo Stay Warm in Winter and Cool In Summer
We use cookies on our website to give you the most relevant experience by remembering your preferences and repeat visits. By clicking “Accept All”, you consent to the use of ALL the cookies. However, you may visit "Cookie Settings" to provide a controlled consent.
Cookie SettingsAccept All
Manage consent

This website uses cookies to improve your experience while you navigate through the website. Out of these, the cookies that are categorized as necessary are stored on your browser as they are essential for the working of basic functionalities of the website. We also use third-party cookies that help us analyze and understand how you use this website. These cookies will be stored in your browser only with your consent. You also have the option to opt-out of these cookies. But opting out of some of these cookies may affect your browsing experience.
Necessary Always Enabled
Necessary cookies are absolutely essential for the website to function properly. These cookies ensure basic functionalities and security features of the website, anonymously.
Functional
Functional cookies help to perform certain functionalities like sharing the content of the website on social media platforms, collect feedbacks, and other third-party features.
Performance
Performance cookies are used to understand and analyze the key performance indexes of the website which helps in delivering a better user experience for the visitors.
Analytics
Analytical cookies are used to understand how visitors interact with the website. These cookies help provide information on metrics the number of visitors, bounce rate, traffic source, etc.
Advertisement
Advertisement cookies are used to provide visitors with relevant ads and marketing campaigns. These cookies track visitors across websites and collect information to provide customized ads.
Others
Other uncategorized cookies are those that are being analyzed and have not been classified into a category as yet.
SAVE & ACCEPT